During these difficult times, we are still available to assist you in your time of need for your Personal Injury Case. We can handle almost everything electronically. If you have a situation where you need help please contact alvinwolff@gmail.com or call Alvin at 314-651-8631 or Alex at 314-304-6669
314-241-2500

Alvin Wolff and John Taussig of Wolff & Wolff Trial Lawyers have recently won a settlement case involving a bicycle crash. The incident happened in Colorado, and it consists of the defendant’s line of reasoning when it comes to the improper repair of a roadway.

The plaintiff’s case was supported by several documents from the city inspector. It is through this that the city inspector had a previous record on another incident involving another bike crash at the same area. These records helped prove an issue with the roadway repair. Ultimately, the plaintiff, having had the best lawyers St. Louis MO has to offer, won the case totaling to $820,000 as settlement.

Should You Get a Lawyer After a Car Accident?

It’s inevitable to travel every day. Whether you’re on your way to school or work, there’s a large chance that you’re going to take either private or public transportation. You might think that the roads you always pass on every day may be safe. But you’ll never know when accidents will happen.

However, in any kind of car accidents, there should always be a claim filed. This is a route that everyone involved in a road accident must always file. This instance is valid whether or not you choose to hire an injury lawyer. If you think whether you should get a personal accident injury lawyer after a car accident, the answer is yes. These lawyers will help you if you have sustained severe and serious injuries.

In some cases, even if the persons involved didn’t sustain any serious injuries but have missed work time, then it’s also one of the instances that you should get a car accident lawyer. Other situations that would call for you to lawyer up are the following:

What Does a Personal Injury Lawyer Do?

Wolff & Wolff Trial Lawyers houses the best car accident attorney St. Louis MO has to offer. These are the lawyers that you should look after when you need help to receive any compensation for their losses. The losses can come in many forms. This could be a loss of earnings due to inability to work. It could also be a loss of emotional stability or consortium. Overall, a personal injury lawyer can cover you in many forms.

Is It Worth It to Hire a Personal Injury Lawyer?

A personal injury lawyer isn’t a professional that you would always look forward to hiring. Of course, who would want to get into any kind of accidents or injuries, right? The thing is, accident lawyers are the kind of people who will help you big time during your time of need.

If for some reason, you were involved in a serious accident that would need you to have negotiations with the insurance company, you won’t regret hiring a car accident lawyer. Through them, you won’t have anything to lose. In return, you will just have much to gain. Hiring a personal injury lawyer will give you the best chance of winning your case. This would also get you a fair settlement cost that covers the damages. Also, you should keep in mind that you should never file any personal injury claims and lawsuits without the assistance of your lawyer.

After a major accident, you won’t also have much time to settle everything at once. You still might be troubled or in some sort of state of shock to handle every legal claim. Because of these reasons, hiring a personal injury lawyer will be the best way for you to go.

When Should You Hire a Personal Injury Lawyer?

It is highly recommended that you have a car accident attorney on your contacts as much as possible. If you are also are considered to be an at-risk citizen, then it’s best that you should have your personal injury lawyer. This is recommended if you regularly travel for work or you deal with people and contracts most of the time.

In the majority of the cases, the services of personal injury lawyers are availed of those who are injured after they have sustained severe injuries. If that’s the situation you’re in right now, then it’s never too late to hire an accident lawyer!  You should definitely hire an attorney if the accident has caused you severe health injuries that would require you to either have a medical care or rest for a couple of weeks.

It’s Always Best to Have a Personal Injury Lawyer

Accidents are the most unfortunate yet unforeseeable events that may happen in your life. With the possibility of any accidents looming around the corner, you should get only the best car accident attorney St Louis MO has to offer. 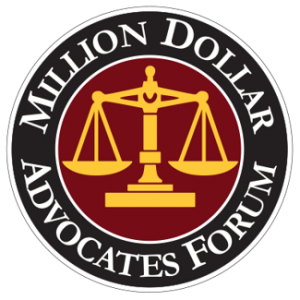 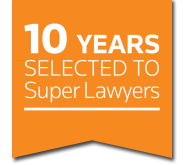 Please feel free to contact Wolff & Wolff Trial Lawyers to arrange for your initial consultation in person or by telephone.